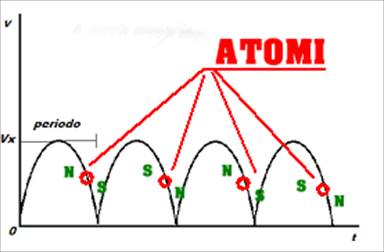 This site was developed by a group of people coordinated by Mogno Gian Pietro, 100% disabled because he has multiple sclerosis tending to ALS.

This working group does not have experimental laboratories or in-depth scientific knowledge available; therefore he invites whoever possesses them to take into consideration, deepening the study, the possibility that Covid 19 can act on mitochondria, in particular on those of the elderly.

Mr. Mogno Gian Pietro is currently hospitalized at the Residence del Frate nursing home, via Prale 6, 10010 Bairo, in the province of Turin and is subject to the legal protection of assets, consisting of a 70 sq m property and a small deposit monetary, which he cannot dispose of at his leisure. Therefore, if someone intends to make donations of any size, to finance the research on what was said in the previous paragraph of the site, please do it anonymously but using the Pay Pal payment system.

With the hope that the site will be useful for providing knowledge to deepen the problems faced, the working group would like to thank and extend cordial greetings.

1. THE MAGNETIC FIELD OF ATOMS

When a conductor, inserted in an electrical circuit, is crossed by a flow of electrons, two phenomena arise in the same:

1. a circulation of current in its internal part;

2. in its outermost part isolated from the environment, the detection of a magnetic field, measurable with an instrument, the amperometric clamps.

Likewise, the electrons that rotate around the nucleus of an atom originate a magnetic field. All atoms have their own magnetic field, as much higher as the number of rotating electrons is. The atom is electrically neutral because the number of electrons, each with a negative charge, is equal to that of the protons of thenucleus, each with an equivalent but positive charge, while neutrons are neutral.

All the infinite atoms together form both the matter of the planet Earth and its magnetic field. 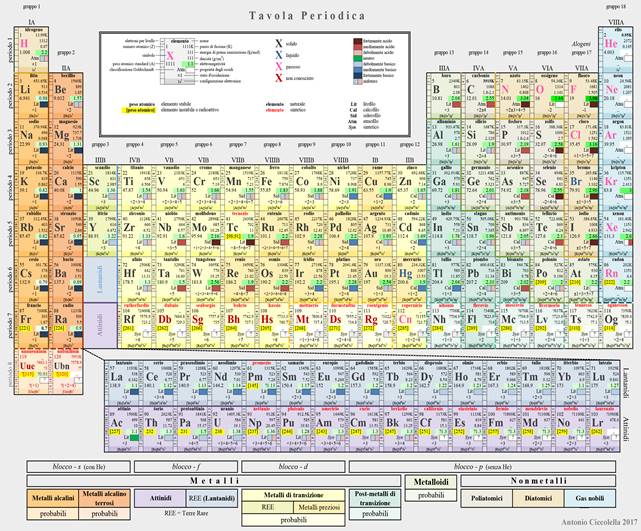 - The direction indicator of the magnetic N has the shape of a rhombus and is made up of the union of two isosceles triangles, one of which is made up of the element Fe, very sensitive to the Earth's magnetic field; the other is made up of little or not at all sensitive diamagnetic material; both are joined together at the base. Each compass has its own rotation pin. By placing the magnetic north direction indicator on it, it will face north. This is due to the earth's magnetic field that imposes this partial and forced rotation on it. 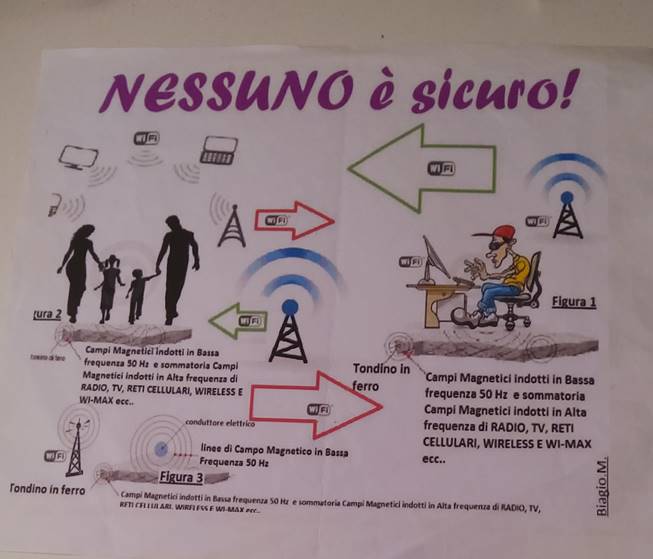 All the infinite atoms that form each of the 114 elements present in Mendeleev's Table and that are part of our planet have their own small magnetic field and interfere with the adjacent atoms, giving rise to the natural magnetic field of the Earth and the magnetic North.

A number of researchers report that in cell reproduction sometimes there is no correspondence between mother cell and daughter cell, following the occurrence of biological transcription errors. This thesis is denied with an unusual comparison between trees and most animals, apart from some particular cases, such as patellas; these hardly exceed the century of life apart from some rare cases. The trees are-sedentary, that is, they develop their trunk in the place where the original seed sprouts. The lifespan of trees can be secular enough that redwoods in a US national park reach considerable size and a longevity of over 3000 years.

How does this harmful action take place on living beings, including humans?

Recall that all the atoms that form living bodies are neatly oriented in the same way towards magnetic north. During the movements in the four cardinal directions, the orientation of the atoms is maintained, while the orientation of the body changes according to the direction taken by its movement. If a person holding a compass were heading west, the direction indicator of the compass would always be oriented towards magnetic north and not west.

In this way, molecular chains find themselves in anomalous and critical situations.

Some of these, we assume 500 per second, tend to break or are in a position to be able and have to do it; in this way the cell interested in the phenomenon loses the biological capacity related to the function of the molecular chain concerned.

From 25 to 85 years it is estimated that 946.080 million molecular chains are interrupted.

At the end of the developmental age, around the age of 25, the human body is made up of about 70 thousand billion nucleated cells to which are added 30 thousand billion non-nucleated cells. Considering that human aging is due to the interruption of the molecular chains (and this happens even in the womb) and considering the numerical relationship between the cells present and that of the interrupted molecular chains, it can only be assumed that the number of 500 is underestimated.

Inside the nucleus of each cell there are 4 different types of molecular chains: DNA, genes, enzymes and proteins.

Inside the cell, but not in the nucleus, there are the mitochondria, the energy centers of the cell.

HLA (Human Leucocyte Associate) are formed in the bone marrow, a family of genes that code for molecules present on the surface of white blood cells, called the major histocompatibility complex, MHC.

These molecules perform immune function in the blood.

Medical research indicates the existence of hundreds of different tumors; the anomalous reconstruction of an interrupted molecular chain occurs in a single way but with a few hundred possible variants, determined by the number of atoms involved, their type and their sequence. This could be a plausible explanation for the onset of cancer.

Medicine speaks of metastasis referring to the onset of tumors in points different from the original one; it is not that the tumors "move" inside the body, gradually infecting other organs. Instead, these are other molecular chains randomly broken at different points from the original one and reconstructed in an anomalous way. For example, a primary liver tumor does not "emigrate" to the pancreas, but this can get sick due to new ruptures of its chains, which later reconstruct themselves abnormally.

This also happened millennia ago, when scientific knowledge, known for a couple of hundreds of years, to explain causes and effects did not yet exist.

In our day the existence of artificial CEMs, released by the circulation of electric current and emitted by the antennas, have further worsened the conditions, which is why the random breakdown of molecular chains has increased and consequently rare diseases, genetic diseases and autoimmune diseases , although there are other causes for them to arise.

In the past millennia, the breakdown of molecular chains has always occurred, both for the existence of the Earth 's magnetic field and for the movement of people, for the reasons previously mentioned, so much so that the diseases that still exist today already existed. This phenomenon was accentuated with the advent of artificial magnetic fields, produced by electric current and radio waves.

The second part of the site, which will be published in three months, will show more precisely how artificial CEMs are absorbed by the human body and how they cause the breakdown of molecular chains.

THE MITOCHONDRIA AND THE CORONAVIRUS.

We consider that inside each cell there are organelles, the mitochondria, whose number can exceed 50 and whose task is to create the mitochondrial protein, used by the cell as a form of energy.

To do this, the cell has mitochondrial DNA, which is made up of six molecular chains. If one or more chains of this DNA were interrupted by the harmful action of CM, natural and artificial, it would no longer be able to produce the relative protein and the cell would decrease its energy capacity. The progressive damage to mitochondria over time is evident in people's aging.

For example, a young man between 18 and 25 years old decides to participate in a marathon. He has a certain strength and endurance that allow him to take longer and faster steps in shorter times, then recovering physical effort in less time. After 30 years, the same person will travel the same space with shorter and slower steps, recovering the effort made with greater difficulty. This is because the young person has many more mitochondria in the body than the elderly, in whom many molecular chains have broken, part of which affects muscle contraction.

In the specific case of Covid19, this is particularly lethal in the elderly as the mitochondria, present in the lung cells, reduced for age (from zero to very few units), make it difficult to contract the lungs for regular breathing. But mitochondria are present in all cells, so all other organs in the human body are also affected by Covid 19.